Babe Ruth was one of the best baseball players, well-known for his fun-loving personality, natural showman, and carefree attitude. For that reason, we’ve curated the most famous Babe Ruth quotes to cheer you up for success!

George Herman “Babe” Ruth Jr. was one of the most incredibly talented, iconic, and legendary baseball players in history. He was a towering baseball figure on and off the field, with many vast accomplishments.

Babe Ruth is perhaps best known for setting the single-season home run record (60 homers in 1927) and his monumental and remarkable World Series performance.

☑ He was a pioneer in the world of sports marketing.

George Herman Ruth was not only a great baseball player but also an entertainer and one of the most famous athletes of his era, and fans loved watching him play.

Babe Ruth was one of the first athletes to endorse products and be paid for his endorsement deals. That helped to make him a household name, and it’s one of the reasons why he remains so popular today.

When did Babe Ruth become famous?

Babe Ruth became famous in the 1920s when he started playing for the New York Yankees. He quickly became one of the most popular players in baseball and was celebrated for his home run hitting ability.

Babe Ruth started his professional baseball career with Baltimore Orioles. However, in 1914 he was soon sold to the Boston Red Sox.

In 1919, Boston Red Sox traded him to the New York Yankees.

It’s playing for the New York Yankees, where he began to dominate the sport. He became known as “the Sultan of Swat” for his power at the plate and led the Yankees to consecutive World Series championships in 1927 and 1928.

What does Babe Ruth say about legends?

Why is Babe Ruth important to American history?

Babe Ruth is important to American history because he was one of the most legendary figures in baseball and played a pivotal role in helping to make the sport extremely popular in the country.

☑ He was also renowned for his hitting ability, setting numerous records.

He became a symbol of American power, mainstream pop culture, and athleticism.

In many ways, Babe Ruth embodied the spirit of America in the early twentieth century – he was bold, confident, and always striving to be the best.

What is Babe Ruth’s most famous quote?

"I swing big, with everything I’ve got. I hit big or I miss big. I like to live as big as I can."

I swing big, with everything I’ve got. I hit big or I miss big. I like to live as big as I can.

Babe Ruth Quotes To Inspire You

Many people will see “NOs” as rejection and give up on their dream.

People with big dreams and determined effort tend to have minds that go into creative brainstorming and solution-seeking mode instead of taking a “NO, for an answer. Such a person will see obstacles as stepping stones.

They will go to great lengths to find a way to make their dream come true.

After all,” they would say, “is just a two-letter word in a 26-letter English alphabet.”

You just can’t beat the person who never gives up.

Gee, its lonesome in the outfield. It’s hard to keep awake with nothing to do.

I’d give a year of my life if I could hit a homerun on opening day of this great new park (Yankee Stadium).

Every strike brings me closer to the next home run.

If it wasn’t for baseball, I’d be in either the penitentiary or the cemetery.

Navigating life feels like playing any sport or game.

We follow the rules, try to get to the finish line, and always try to win.

Sometimes, it is easier to quit things that no longer serve a purpose in life rather than to beat a dead horse. However, because our time is limited, we shouldn’t waste our time running after something that doesn’t help us grow or develop.

Baseball is a game played on a flat field, and you shouldn’t be running uphill because it makes the game needlessly more difficult than it should be.

We should also be inspired and apply this to our lives by eliminating things and situations hindering us from reaching our most significant potential.

All ballplayers should quit when it starts to feel as if all the baselines run uphill.

I get back to the dugout and they ask me what it was I hit and I tell them I don’t know except it looked good.

After all, there’s only one answer to be made to the young fellow who is asking constantly for advice as to how to hit. All I can tell them is pick a good one and sock it!

I copied (Shoeless Joe) Jackson’s style because I thought he was the greatest hitter I had ever seen, the greatest natural hitter I ever saw. He’s the guy who made me a hitter.

How to hit home runs: I swing as hard as I can, and I try to swing right through the ball… The harder you grip the bat, the more you can swing it through the ball, and the farther the ball will go. I swing big, with everything I’ve got.

Babe Ruth Quotes To Motivate You

This quote by Babe Ruth reminds us that it is vital to keep improving and growing our skills or talents and stay humble beyond the success achieved in the past.

We can not rely purely on past achievements to win future contests; instead, we must continuously be determined to horn our skills, talents, and knowledge and put in the hard work.

Staying humble keeps us grounded and ready to win against life’s challenges and surpass society’s expectations – or even the ones we set for ourselves.

What the hell has Hoover got to do with it? Besides, I had a better year than he did.

I thank heaven we have had baseball in this world… the kids… our national pastime.

You should always go to other people funerals, or they wont go to yours.

The way a team plays as a whole determines its success. You may have the greatest bunch of individual stars in the world, but if they don’t play together, the club won’t be worth a dime.

The fear of failing and looking like a fool is real – and it’s powerful.

We can’t let fear paralyze us and lead us to no action. Our fears – and the will and motivation to overcome them – are an integral part of our success.

This motivational quote by Babe Ruth reminds us that the only way to get better at anything we set to do in life is to do it repeatedly until we get better at it.

It doesn’t matter if we’re playing baseball, learning how to dance, starting a business, or trying to memorize lines for a play – we need to do the work to get positive results eventually.

Never let the fear of striking out get in your way.

I’ve never heard a crowd boo a homer, but I’ve heard plenty of boos after a strikeout.

Reading isn’t good for a ballplayer. Not good for his eyes. If my eyes went bad even a little bit I couldn’t hit home runs. So I gave up reading.

As soon as I got out there I felt a strange relationship with the pitcher’s mound. It was as if I’d been born out there. Pitching just felt like the most natural thing in the world. Striking out batters was easy.

How about a little noise. How do you expect a man to putt?

Setting milestones is essential to building momentum each day.

Milestones help motivate us to push ourselves harder and bounce back from all the adversities that may come along the way.

When we achieve our milestones, our dreams will start to embrace a new life-changing journey where new goals will replace the old ones and the habit of living as big as we can.

Success will serve as your joyous compass, guiding you to discover the steps you need to take to see a world of possibilities. So don’t let yourself be lulled into the mediocrity trap and start living your biggest, most exciting life today!

The only real game, I think, in the world is baseball.

Baseball was, is and always will be to me the best game in the world.

I’d play for half my salary if I could hit in this dump (Wrigley Field) all the time.

Life is a game like any other; we just don’t take it as seriously.

What I am, what I have, what I am going to leave behind me – all this I owe to the game of baseball.

Other Babe Ruth Quotes About Baseball

What are some famous baseball quotes from Babe Ruth?

There you have it; our favorite Babe Ruth quotes encouraging us to not refrain from taking advice, to work hard, to dream big, and live the best life possible.

Don’t be afraid to take advice. There’s always something new to learn.

Related Posts You Might Like:
» 50 John Wooden Quotes On Success, Leadership, and Coaching
» Exceptionally Funny Inspirational Quotes About Life, Love, and Wisdom
» 95 Maya Angelou Quotes About Women, On Life, Change, and Self-Love 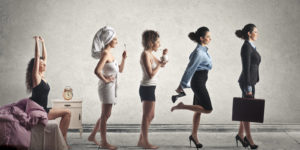